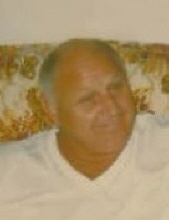 Born on April 11, 1935 in Johnson City, TN, Lloyd was the son of the late Robert & Lena Britt Jones. He was a retired construction worker. Lloyd served in the United States Air Force.

A Celebration of Life Service will be held Friday, January 18, 2019 at 5:30 P.M. at the Lewisburg Rec Sports Complex.

Bills-McGaugh & Hamilton Funeral Home & Crematory is assisting the family with arrangements. Condolences may be offered online at www.billsmcgaugh.com
To order memorial trees in memory of Lloyd Jones, please visit our tree store.