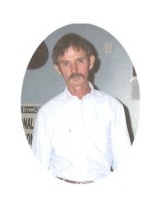 Mr. Larry Thomas Richards, age 56, of Lewisburg passed away on Thursday, August 4, 2011 at his residence.
A native of Marshall County, he was the son of the late Lillian Blackwell Richards and Thomas " Rooster" Richards. He was also a Veteran of the Vietnam War serving his country in the United States Army and was a member of the Church of God.

Graveside services for Mr. Richards will be conducted on Friday, August 5, 2011 from Whorley Cemetery at 4:00 PM with Rick Stephens officiating.

Visitation with the family will begin on Friday, August 5, from 1:00 PM until 3:30 PM at the funeral home.
To order memorial trees in memory of Larry Richards, please visit our tree store.