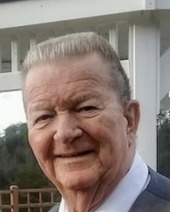 Born on November 17, 1944 in Kennett, Missouri, he was the son of the late Frank and Dorothy Simmons. He was a longtime employee of General Motors, and retired from Saturn in 2000. Red was an avid sportsman, and greatly enjoyed NASCAR, basketball, and football. He had a collection of memorabilia throughout the house.


In addition to his parents, he is preceded in death by a son, Frank Simmons and sister, Penny Simmons.