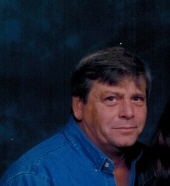 Larry Lee Williams, age 60, of Lewisburg, TN, passed away Wednesday, June 30, 2016 at his residence. Mr. Williams was the son of the late Charlie Virgil and Grace Holder Williams. He was employed at ICP for 29 years and was a retired truck driver. Also preceding him in death was his wife, LaVona, who passed away in February, 2016.
His survivors include two sons, Charlie (Emily) Williams of Lewisburg, Daniel (Mary) Williams of Lewisburg, one daughter, Evona (Charles) Mallard of Petersburg, TN, one brother, Charles Randy (Diana) Williams and one sister, Audrey (Napoleon) Lewis. Six grandchildren, Joseph, Alan, Destiny, Chasity, Ali, and Taylor Williams and one great-granddaughter, Sofia Williams also survive.
Visitation with the family will be held on Saturday, July 2, 2016 from 4:00 PM to 8:00 PM in the chapel of Bills McGaugh Funeral Home. Funeral Services will be held on Sunday, July 3, 2016 at 2:00 PM at Bills-McGaugh Funeral Home with burial in Sunset Park, Lewisburg, TN.
Notes of condolences may be sent to www.billsmcgaugh.com.
Bills McGaugh Funeral Home and Crematory is in charge of the arrangements.
To order memorial trees in memory of Larry Lee Williams, please visit our tree store.