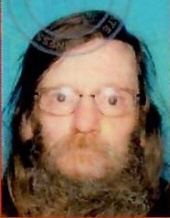 Mr. Woods was born on June 23, 1957, in Birmingham, Alabama to the late Gail Ann Allen Woods and Charles 'Doug' Woods of Lewisburg, who survives. He was also preceded in death by three brothers, Daniel, Greg, and Stephen Woods.

In addition to his father, survivors include one brother, Randy (Stacey) Woods of Lewisburg; three nephews; and four nieces.

Mr. Kenneth Woods served in the United States Navy. He loved his family, enjoyed hiking, and was an enthusiast of old cars.

Graveside services of Mr. Woods will be Thursday, February 21, 2019 at 3 PM in Lone Oak Cemetery.

Condolences of sympathy may be sent to the family at www.billsmcgaugh.com