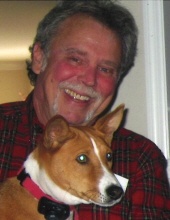 Born on May 24, 1953 in Nashville, he was the son of the late Mickey L. Thomas and the late Vera Cline Thomas. Kelton was a member of the John Overton High School Class of 1971, and later attended The University of Tennessee-Knoxville.

Usually the life of the party, he was passionate about helping others, especially the four-legged kind. Kelton never met a stranger or a stray animal that didn’t soon become part of the family. He was a devoted husband and was married to the love of his life, Madalyn, for 31 years.

Retired for the past 10 years, Kelton previously worked in the commercial lithographic industry at Baird-Ward Printing Company and later at Greater Buffalo Press before following his true passion of professional golf. As a golf pro, he served at several private clubs in Nashville and Middle TN. In addition to being an avid golfer, he became an expert in building and designing custom clubs.

In addition to his parents, he is preceded in death by his wife, Madalyn Wallace Thomas, and brother-in-law, Laws Wallace.

A graveside memorial service will be conducted on Monday, Feb. 8th at 1:00 PM at Lone Oak Cemetery. In lieu of flowers, memorials may be made to the Nashville Humane Association, 213 Oceola Ave, Nashville, TN 37209, www.nashvillehumane.org, or your local animal shelter.


Bills-McGaugh & Hamilton Funeral Home is honored to assist the family with cremation arrangements. Condolences may be offered online at www.billsmcgaugh.com.
To order memorial trees in memory of Kelton David Thomas, please visit our tree store.