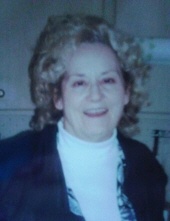 A Lewisburg native, June was the daughter of the late Narve Rogers and the late Gertie Jones. She was an avid reader and walker at Rock Creek. June enjoyed reading, gardening, and collecting antique lamps. She was devoted to her family and loved everyone being together.

In addition to her parents, she is preceded in death by brothers, Charles Rogers, Jamie Rogers, Bill Rogers, Wallace Rogers and sister, Ruth Chilton.

Due to the current Coronavirus issues...if you are feeling ill, have been around others who may have been sick, or just feel uncomfortable being around other people at this time, the family understands. Online condolences will be equally appreciated.
To order memorial trees in memory of June Faye Gowens, please visit our tree store.