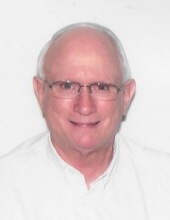 A Marshall County native, he was the son of the late Dr. Joseph Tyree Gordon, Sr. and the late Sarah Patterson Gordon. He was a retired Pharmacist.

At Ty's request, his remains were donated to the University of Tennessee Health Science Center in Memphis for the advancement of medical science. A Memorial Service will be conducted Saturday, April 20, 2019 at 11:00 A.M. in the chapel of Bills-McGaugh & Hamilton Funeral Home with Pastor Robert Montgomery officiating. Visitation will be on Saturday from 10:00 A.M. until service time at Bills-McGaugh & Hamilton. Burial will take place in Lone Oak Cemetery at a later time.

BILLS-MCGAUGH & HAMILTON FUNERAL HOME & CREMATORY is in charge of the arrangements. Condolences may be offered online at www.billsmcgaugh.com
To order memorial trees in memory of Joseph “Ty” Tyree Gordon, please visit our tree store.