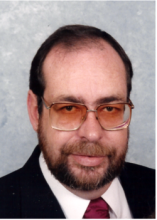 Biography
Johnny Dale "Moose" Ingram, age 60 of Lewisburg, passed away on Monday, September 03, 2012 at Maury Regional Medical Center in Columbia, TN. A native of Marshall County, TN, Mr. Ingram was the son of the late Thomas Booker Ingram and Frances Thompson Ingram who survives. He was manager of AutoZone Auto Parts of Lewisburg, a member of the National Rifle Association and East Commerce Baptist Church. He served his country in the United States Army.

Funeral services for Mr. Ingram will be Thursday, September 6th, 2012 at 4:30 p.m. from the chapel of Bills-McGaugh Funeral Home with Rev. Mike Dawson officiating. Burial will take place in Sunset Park Cemetery with military honors. Visitation with the family will be on Thursday beginning at 2:00 p.m. until the funeral hour.
To order memorial trees in memory of Johnny Ingram, please visit our tree store.