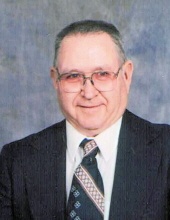 Born on December 13, 1930 in Fayetteville, he was the son of the late Leonard Ezell Stephens and the late Louise Estes McPherson. J.W. served in the US Army from 1951-1953 as a Private First Class. For over 60 years, he was a self-employed truck driver. On January 3, 1952, he married his wife of sixty-eight years, Evelyn Marie Holder Stephens, who preceded him in death on December 30, 2019. Mr. Stephens was a member of the Baptist church and the American Legion. He enjoyed whittling cedar and working on the farm.

In addition to his parents and wife, he is preceded in death by his sister, Juanita Close.