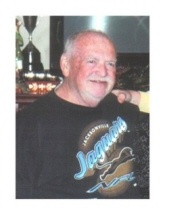 He was a native of Marshall County, and the son of Katherine Sharp and John Henry Gillespie III. He was a Veteran of the United States Marine Corp, he was also a member of the Elks Club and VFW, and was retired from the cable TV business.

He is preceded in death by his parents, a stepfather, Maury Patton, his wife, Sandra Bowden Gillespie, and a son, John Henry Jack Gillespie, V.

Visitation for Mr. Gillespie will be on Friday, June 3, 2011 from 4:00 PM until 6:00 PM from the chapel of Bills McGaugh Funeral Home with a graveside memorial service to follow in Bowden Cemetery..

In Lieu of flowers, the family request donations may be made to the American Heart Association or to the Elks Scholarship Fund.

Bills McGaugh Funeral Home is in charge of the arrangements.
To order memorial trees in memory of John Gillespie, please visit our tree store.