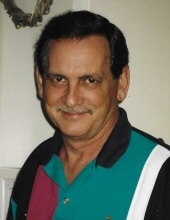 A graveside service will be conducted on Tuesday, November 24th at 2:00 PM at Lone Oak Cemetery with Pastor Leland Carden officiating. The family will visit with friends on Tuesday from 1:00 pm until service time at the cemetery.

Born on March 25, 1941 in Murfreesboro, he was the son of the late Lonnie Newton Gordon and the late Mildred Juanita Cobb Gordon. He served his country in the US Army. Joe was an avid golfer.

Bills-McGaugh & Hamilton Funeral Home is honored to assist the Gordon family with arrangements. Condolences may be offered to the family online at www.billsmcgaugh.com.
To order memorial trees in memory of Joe Robert Gordon, please visit our tree store.