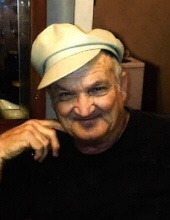 The family will visit with friends on Thursday from 10:00 A.M. until service time at the funeral home. Funeral services will be conducted on Thursday, June 4th at 3:00 P.M. at Bills-McGaugh & Hamilton Funeral Home with Brother Danny Jones officiating. Burial will follow in Sunset Park Memorial Gardens. Active pallbearers are the employees of Mealer Trucking.

A native of Marshall County, he was born on January 28, 1948 to the late Frank Jett and the late Helen Estes Jett. Joe worked in the trucking industry as a truck driver. He enjoyed meeting fellow truckers along the way. Joe never met a stranger. He drove in all 48 Contiguous states, and totaled over 2 ½ million miles in his career. He and his wife, Mary, raised their own family, but never turned away any child that needed something. He was a hard-core trucker, but especially he was a hard-core family man.

In addition to his parents, he is preceded in death by his brothers, Frank Jett, Hillard Jett, and sister, Beverly Favors.

Bills-McGaugh & Hamilton Funeral Home is honored to assist the family with arrangements. Condolences may be extended online at www.billsmcgaugh.com
To order memorial trees in memory of Joe Leonard Jett, please visit our tree store.