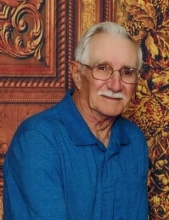 Jerome F. Mussaw, age 70 passed away at Marshall Medical Center, Lewisburg, TN on Sunday, May 7, 2017. He was born on December 17, 1946 to the late Louis and the late Geraldine Mussaw in Malone, NY. Jerome was a 32nd degree Mason and Shriner. He was retired from NYS Dept. of Corrections, also worked as a Highway Superintendent in the town of Waverly, NY and was a Carpenter Journeyman of local 278. After moving to Tennessee in 2014 he enjoyed the outdoors, hunting, sawing trees into lumber, and constructing many things.
Along with his parents Mr. Mussaw was preceded in death by a brother, Louis W. Mussaw, Jr. He is survived by his wife, Donna J. Cummings Mussaw, two sons, Jerome (Dely) Mussaw, Jr., Edward E. (Sonia) Mussaw, a daughter, Carmen R. Mussaw and husband Clifford Eaton, a brother, Bryce (Linda) Mussaw, three sisters, Valerie (Dany Johnston) Sherwin, Paula (William) Dampier, Gwen Hebert, two grandchildren, several step-grandchildren, and many nieces and nephews.
Arrangements will be at a later date in St. Regis Falls, NY.
Notes of condolences may be sent to www.billsmcgaugh.com.
Bills McGaugh Funeral Home and Crematory is assisting the family with their arrangements.