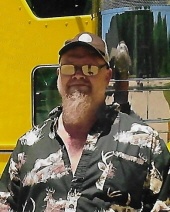 Notes of sympathy may be sent to the family at www.billsmcgaugh.com