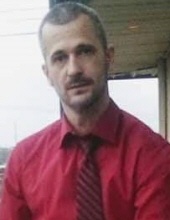 Born on July 19, 1982 in Lewisburg, he was the son of the late Garland Hargrove and the late Linda Smith. Jason enjoyed detailing cars, being on the water, and more than anything he loved spending time with his grandson, Majour.

In addition to his parents, he is preceded in death by his brother, Ricky Hargrove.