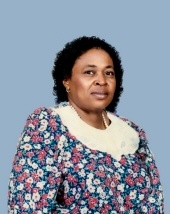 Mrs. Moore was born in Lewisburg, TN to the late Walter and Porter Crawley on September 8, 1943. She enjoyed academic success early in life becoming the 1961 Jones Training High School valedictorian. She enjoyed continued success while she studied history and English at Tennessee State University, a historically black university. She spent the majority of her working career as a seamstress and a department manager at a local Lewisburg grocery chain where see received numerous recognitions for her departments service levels and financial performance. She dedicated her life to ensuring that her children had options available to them that were not available to her. For over 50 years, before her health began to fail, she was an active member of Lewisburgs Greater First Baptist Church where she sang in the church choir and supported Sunday services as an usher.

When she was not supporting her family, she pursued her hobbies and interests: learning about and understanding how history impacted her life, reading (e.g., history, finance, animal kingdom), investing, sewing, and loving her grandchildren. She spent years exploring the world through James Micheners historical-fictional works, eventually travelling to Europe to examine well-known historical locations and artifacts first-hand.

A public visitation with the family will be held on Thursday, May 23, 2019 from 5-7pm in the Bills-McGaugh & Hamilton Funeral Home chapel with a private family burial ceremony on Friday, May 24, 2019. She will be interred at the Sunset Memorial Park Mausoleum next to her mother.

In lieu of sending flowers, please make contributions to the Alzheimers Association.