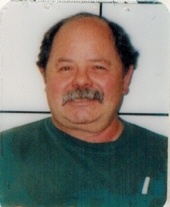 James Patrick Meier, age 66 of Petersburg, passed away on Saturday, August 1, 2015 at his residence.

Mr. Meier was a native of Lemmon, SD and was the son of the late Joseph Meier and Anna Marie Zent Meier. In addition to his parents, he is also preceded in death by two brothers, Joseph and Richard Meier.

Mr. Meier was previously employed by Denard & Moore Construction in Belfast, where he worked for thirty years. He was recently employed at Safety Corporation Management, was of the Catholic faith, and served his country in the United States Navy.

A memorial service will be held on Saturday, August 8, 2015 at 2 PM in the Chapel of Bills-McGaugh Funeral Home with Roger Reid officiating. Military honors will be observed as well. Visitation with the family will be one hour prior to the service.

Bills-McGaugh Funeral Home & Crematory is in charge of the arrangements.
To order memorial trees in memory of James Meier, please visit our tree store.