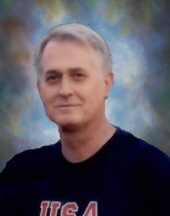 James Leonard Hobby, age 75 of Lewisburg, TN passed away peacefully on Wednesday, September 19, 2018 at his home surrounded by his family. He was born September 16, 1943 and attended elementary and secondary school in Marshall County. He graduated from MTSU with a degree in music. After teaching in Georgia at Lakeview High School he attended Bryan College of Court Reporting. James practiced as a court reporter for 28 years with the last 24 years as a criminal court reporter for the State of Tennessee. He was of the Methodist faith.

Visitation will be held in the chapel of Bills-McGaugh & Hamilton Funeral Home on Sunday, September 23, 2018 from 11:00 am until 1:00 pm. The funeral service will follow the visitation at 1:00 pm in the same location. Honorary pallbearers will be Bill Davis, Michael Rhinehart, Greg Rhinehart, Michael Crumley, Timothy Hill and Thomas Pinkston. Burial will follow at a later date.