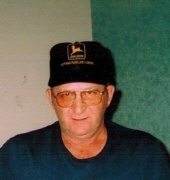 Mr. Stewart was a native of Marshall County, and was the son of the late Eldridge Anderson Stewart and Annie Ruth Brannon Stewart. He graduated from Marshall County High School in 1964, loved farming, retired from Walker Die Casting, and was of the Methodist faith.

Funeral services will be held Wednesday, July 22, 2015 at 11 AM from the Chapel of Bills-McGaugh Funeral Home. Burial will follow at Bryant Cemetery in the Mooresville Community. Visitation with the family will be held Tuesday, July 21, 2015 from 4 PM until 8 PM.

Bills-McGaugh Funeral Home & Crematory is in charge of the arrangements.
To order memorial trees in memory of James Jimmy Stewart, please visit our tree store.