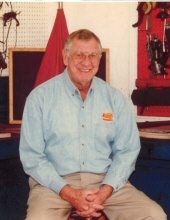 Born on March 3, 1930, in Lewisburg, to the late Melvin and Virginia Watson. He was well known for his skills for working on foreign cars, especially Porsche. He loved racing cars and boating. He served in the Navy as a Seabee. He was a member of the Westvue Church of Christ and was married to his wife Vernetta Stevens Watson for 47 years.

In addition to his parents, he is preceded in death by his son Tommy Watson and grandson Neil Watson.

In lieu of flowers, donations may be made to St. Judes Childrens Hospital.
To order memorial trees in memory of James "Jim" Watson, please visit our tree store.