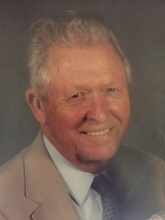 LCDR (Retired USN) James Hamlin Terry died peacefully at The Waterford Assisted Living Home in Smyrna, TN on Friday, May 12, 2017 at the age of 89.
James Terry is survived by his children, Bruce (Gwen) Terry , Bentonville, Arkansas, Bob (Beverly) Terry, Salisbury, NC, Paul Terry, Lewisburg, TN, Bill Terry, Philadelphia, PA, Colleen Terry (Jimmy) Watson, Smyrna, TN, daughter-in-law, Sharon Terry, San Diego, CA, niece, Patricia Mitchell, Cornersville, TN, thirteen grandchildren, Adam, Michael, David, Katie, Gregory, Angel, Brandon, Miranda, Susan, Catherine, Steven, Jenna, Nell and nine great-grandchildren. He is preceded in death by his wife of 48 years, Geraldine Ward Terry.
Mr. Terry was born April 26, 1928 in Decatur, Alabama to the late Paul and Lily Terry. He graduated from the Decatur High School in 1945 and joined the United States Navy. He was a 28 year veteran serving in the Vietnam War (Bronze Star Medal with Combat "V", Navy Commendation Medal with Combat "V") and retired as a Lieutenant Commander in February 1973 from the Naval Station Millington, Memphis, TN. While in the military he served at USS Growler (SSG-577), NSD Guam, M. I., NATTC Memphis, TN, Naval Station, Key West, FL, Cargo Handling Battalion 2 (Vietnam).
James Terry retired to Lewisburg, TN. He managed two pencil companies, Reliance and Faber-Castell and retired from these companies in 1990. He was a farmer in his spare time, raising horses, chickens, and Black Angus cattle. He was very skilled at making furniture and made many pieces for his children and friends. He was an active member of the Elks Lodge and the local VFW. He also volunteered at the Board of Elections in Lewisburg, TN.
A funeral service is scheduled on Tuesday, May 16, 2017 with visitation to begin at 12:00 Noon until 2:00 PM. The Funeral will follow immediately at 2:00 PM at the Bills McGaugh Funeral Home and Crematory, 755 Yell Road, Lewisburg, TN. Burial will be in the Lone Oak Cemetery with military honors.
The family would like to thank The Waterford and Gentiva Hospice for the care of our father.
Notes of condolences may be sent to www.billsmcgaugh.com.
Bills McGaugh Funeral Home and Crematory is in charge of the arrangements.
To order memorial trees in memory of James Hamlin Terry, please visit our tree store.