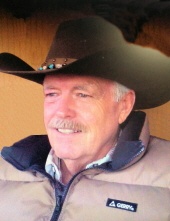 Cpt. James Douglas Forbes (Ret) of Albertville, Alabama passed away at the age of 79, after a long battle with Parkinson’s Disease. He grew up in Huntsville, AL. Jim accomplished the level of Eagle Scout while attending Huntsville High School. After graduating from MTSU in Murfreesboro, TN, he was a commissioned into the US Army where he served in Korea and was honorably discharged as a Captain after service.

He worked as an environmentalist for the State of Tennessee until his retirement. Jim was a lifelong learner and was interested in everything. He was a cowboy at heart and accomplished many skills such as bronco riding, fishing, hunting, carpentry and chuckwagon cooking. He not only professed to be a Christian; he lived his life as one. He served as an Elder in the Cowboy Church and a beloved member of the North Alabama community. Jim was uncompromising when it comes to honesty, fairness and generosity. He has a wicked sense of humor and was a skilled story teller.

In addition to flowers, memorial contributions can be made to the Cowboy Church of Marshall County
PO Box 1233, Albertville, AL. 35950