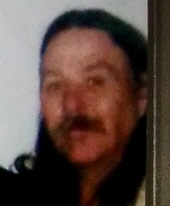 James Dockery, age 56, passed away at Marshall Medical Center, Lewisburg, TN on Saturday, August 19, 2017. He was a native of Marshall County and was born to the late Claude Ervin and Olene King Dockery. James was a self-employed Master Trim Carpenter, who enjoyed working with his hands. He loved to go fishing and motorcycle riding. James was known as a "People Person".
Along with his parents, he was preceded in death by a sister, Patsy Dockery Burke. James is survived by his wife, Janice Fay Dockery, Cornersville, TN, two daughters, Tiffany Taylor, Mississippi, Ashleigh Dockery, Lewisburg, TN, four brothers, Billy Dockery, Taylor, Michigan, Claude E. Dockery, Jr., Graybois Mills, MO, Buck Dockery, New Ibiria, LA, Roger Dockery, Cornersville, TN and two grandchildren.
Visitation with the family will be held on Wednesday, August 23, 2017 from 4:00 PM until 7:00 PM in the Chapel of Bills-McGaugh & Hamilton Funeral Home & Crematory. The Funeral Service will be on Thursday, August 24, 2017 at 11:00 AM in the Chapel of the funeral home. Burial will follow in the Duncanville Cemetery, Lewisburg, TN.
Notes of condolences may be sent to the Dockery family online at www.billsmcgaugh.com.
Bills-McGaugh & Hamilton Funeral Home & Crematory is in charge of the arrangements.
To order memorial trees in memory of James Dockery, please visit our tree store.