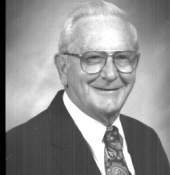 Biography
James T. Chapman, Jr., age 85 of Petersburg, passed away on Thursday evening, January 22, 2015 at Maury Regional Medical Center in Columbia, TN.
Mr. Chapman was a native of Lewisburg, TN, the son of the late Jim T. Chapman, and Dora Adell (Bill) Chapman. He was a graduate of Marshall County High School - Class of 1949. He served his country during the Korean Conflict. He was retired from International Comfort Product with 45 years of service. He was a member of the First United Methodist Church of Lewisburg.

He was preceded in death by his parents and sister, Billie Marie Chapman Bryant.

In lieu of flowers, donations can be made to the choir at the First United Methodist Church in Lewisburg or St. Jude's Children's Hospital, 362 Danny Thomas Place, Memphis, TN 38105, www.stjude.org.