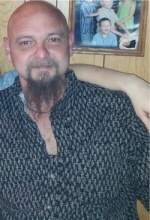 Mr. James Nathan Ayers, age 43 of Culleoka, passed away on Sunday, February 17th, 2013 at his residence. A native of Lewisburg, he was the son of the late Robert Ayers and Bonnie Mae Stinnett Ayers. He was of the Baptist faith.

Funeral services for Mr. Ayers will be conducted on Wednesday, February 20th, 2013 at 1:00 P.M. at Bills-McGaugh Funeral Home with Mr. Doug McCandless officiating. Burial will follow in New Hope Cemetery at Talley Station. The family will receive friends on Tuesday from 4:00 P.M. until 8:00 P.M. at Bills-McGaugh Funeral Home.
To order memorial trees in memory of James Ayers, please visit our tree store.