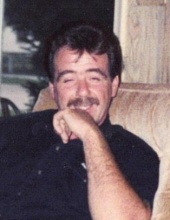 A Memorial Service for Mr. Ford will be conducted on Wednesday, November 20th at 6:00 PM at Bills-McGaugh & Hamilton Funeral Home with Malcom Crabtree officiating. Inurnment will take place at a later time at Sunset Park Mausoleum. The family will visit with friends on Wednesday from 4:00 PM until time of service at the funeral home.

Born on August 6, 1950 in Kopperston, West Virginia, he was the son of the late James Ford, Sr. and the late Helen Webb Ford. He was a retired employee of Inner City Products. Mr. Ford was an avid fisherman, hunter, and gun enthusiast. He loved to play pool, dance, and spend time with his grandkids.

Survivors include his sons, James Alexander Ford of Alabama, Brandon Ford of Michigan, James “JJ” Ford of Lewisburg; daughter, Kimberly Ford of Michigan; brothers, Danny Ford and Richard Ford both of Michigan.
In addition to his parents, he is preceded in death by a son, James Gregory Ford.

BILLS-MCGAUGH & HAMILTON FUNERAL HOME & CREMATORY is assisting the family with cremation arrangements. Condolences may be extended online at www.billsmcgaugh.com
To order memorial trees in memory of James A. Ford, please visit our tree store.