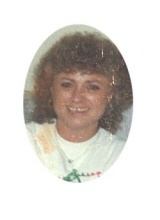 A native of Marshall County, she was the daughter of the late Betty June Cozart Cherry and Joe Frank Cherry. She was a former factory worker and a homemaker and a member of non-denominational faith.

In addition to her parents, she is preceded in death by a daughter, Tabby Newby.