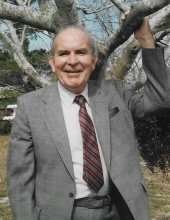 Born on March 13, 1929, in Harlan County, Kentucky, he was the son of the late Donald Ester Hensley and the late Leona Hensley. Howard was a longtime resident of Melbourne, Florida. Where he was a former deacon of the Lighthouse Assembly of God in Melbourne. Howard was a great photographer and enjoyed studying genealogy. Above all, he loved his family and country. He served in the United States Air Force, during the Korean War, and served multiply tours in Vietnam.

In addition to his parents, he is preceded in death by his wife, Belle Sudberry Hensley; son, Howard Hensley, Jr.; and daughter, Donna H. Garrett.

A Graveside Services will be conducted Friday, April 19, 2019 at 1:00 P.M. at Simpson Cemetery in the Rover community. The United States Air Force will provide military honors.

BILLS-MCGAUGH & HAMILTON FUNERAL HOME & CREMATORY is assisting the family with cremation arrangements. Condolences may be offered online at www.billsmcgaugh.com
To order memorial trees in memory of Howard Hensley, please visit our tree store.