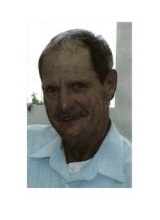 Mr. Henry Joseph Arsenault, age 72, passed away peacefully at NHC- Oakwood on Wednesday, May 23, 2012 after a long illness surrounded by his loving family.

He was the youngest son of the late Joseph and Delia Arsenault. Beside his parents, Four brothers Norman, Raymond, Alfred , Joseph Arsenault and three sisters Jeanette Balangie, Rita Shaw and Theresa McDonald predeceased him.

He was raised in Rumford, Maine and educated in the Rumford school system; He worked a number of years in the factories until he found his true niche at the Home Depot where he had been employed for the last 14 years helping his customers. His hobbies included fishing and hunting, especially going back to his home in Maine on vacations.

He is survived by one son Henry Joseph Arsenault and wife Karen of Lewisburg, two daughters, Dawn McClure of Lewisburg and Michelle Washburn of Jacksonville, FL. Six grandchildren, Shelbi and Christal McClure, Trey Arsenault, Peyton and Jordan Gevedon and Adam Washburn, along with a special care giver, Barbara Hearn, one brother, Ernie Arsenault of Rumford, ME and one sister, Anita McKellick of Springhope, NC also survive him.

A memorial service for Mr. Arsenault will be held on Friday, June 1, 2012 at 6:00 P.M. at Lifesong Family Church. Visitation will be 1 hour prior to the service at the church.

A spreading of the ashes ceremony will be performed at a later date in Rumford, ME, a place very special to Henry.

In Lieu of flowers, donations can be made to the American Diabetes Association or the American Cancer society.
To order memorial trees in memory of Henry Arsenault, please visit our tree store.