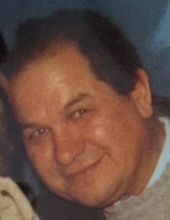 A virtual memorial service will be conducted on Saturday, May 23, 2020 at 3:00 PM via Zoom Video Meeting with Isaac Smith officiating. To view memorial service, please follow website address listed below, and enter required information.

He was born in Graz, Austria December 25, 1931 the son of the late Johann and Franziska Mueller. John and his wife Rosa emigrated to the United States post World War II in 1952 working as sharecroppers in AL. They moved to Buffalo, NY in 1953. He moved his growing family to Virginia and then Maryland eventually settling in Lewisburg, TN, in 1986.

John and his wife were baptized as Jehovah’s Witnesses in May 1957 and they both served loyally to the best of their ability until their deaths. He enjoyed sharing his life experiences with anyone who would listen, and over the years kept an 'open door policy' to his home . . . resulting in numerous “additions” to his family. He never wavered in his love for Jehovah or his conviction that should he fall asleep in death before the end of this system, he would wake up in Paradise to greet all of us along with his wife, Rosa and others who had fallen asleep before him.

Bills-McGaugh & Hamilton Funeral Home is honored to assist the family with cremation arrangements. Condolences may be offered online at www.billsmcgaugh.com.