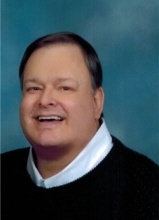 Grant Lee Aubuchon, age 61 of Lewisburg, passed away on Wednesday, November 13, 2013, in Marshall Medical Center in Lewisburg. A native of Red Bud, Illinois, Mr. Aubuchon was the son of the late Urban Aubuchon and Geraldine Davis Aubuchon, who survives of Red Bud, Illinois. He was employed by Kroger as an assistant manager and a member of St. Catherines Catholic Church in Columbia. He was a member of the Knights of Columbus 4th Degree and a member of the UFCW. In addition to his father, he was preceded in death by his maternal grandparents, Faye and Edna Davis, and his paternal grandparents, Lee and Barbara Aubuchon.

Mr. Aubuchon will be conveyed to Welge-Pechacek Funeral Home in Red Bud, Illinois with burial to follow in Saint Augustine Cemetery in Hecker, Illinois.

Bills-McGaugh Funeral Home & Crematory is in charge of the arrangements.
To order memorial trees in memory of Grant Aubuchon, please visit our tree store.