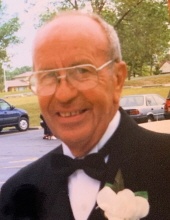 Visitation will be held on Thursday, September 24th from 4:00 – 7:00 p.m. at Bills-McGaugh & Hamilton Funeral Home. Burial will take place at Moorhead Memorial Gardens in Moorhead, Minnesota.

Born on September 25, 1938 in Fargo, North Dakota, Glenn was the son of O.G. “Gilly” and Agnes Wangsness Nokken. He grew up on the family farm south of Moorhead, MN.He graduated from Moorehead State Teacher’s College High School and North Dakota Agriculture College. He became a paint chemist in Ohio, where he married Patricia Wisniewski, from whom he later divorced. They had two daughters, Michelle and Donna. He continued to work in the paint industry in Tennessee, where he worked for ICP and Ken-Kote, and lived in Lewisburg after his retirement. Glenn was a member of the Elks Club.

He is survived by his daughter, Michelle Nokken and son-in-law, Attila Zsaki in Verdun, Quebec; daughter, Donna Heup, and two grandchildren, Joseph and Danielle Heup all in Franklin, WI; and two sisters, Gail (James) Leary in Bismarck, ND, and Joyce (Tom) Marquardt in Plymouth, MN.

His parents and brothers, Orlow and John, preceded him in death.