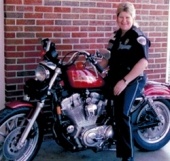 Glady Dianne Harden Letchworth, age 64 of Lewisburg, passed away on Thursday, January 29, 2015 at her residence after a long illness. A native of Albany, GA, Mrs. Letchworth was the daughter of the late Clintis Harden and Donna Lou McKinnon Carter. In addition to her parents, she was preceded in death by two sisters, Linda Finninon and Judy Ruch; and one brother, C. L. Harden. G. D.'s hobbies included fishing, camping, and she loved to dance.

Mrs. Letchworth wishes were to be cremated, and no services are planned at this time.

Bills-McGaugh Funeral Home & Crematory is in charge of the arrangements.
To order memorial trees in memory of Glady Letchworth, please visit our tree store.