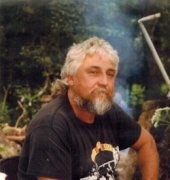 Gerald W. Burns, age 64 of Lewisburg, passed away on Monday, December 15, 2014 at his residence. A native of Lincoln County, Mr. Burns was the son of James Burns of Fayetteville and the late Doris Fite Burns. He was also preceded in death by his wife, Donna McMillian Burns. Mr. Burns was self-employed as a paver and served his country in the United States Army.

In addition to his father, he is survived by his son, Charles (Priscilla) Burns of Lewisburg, one brother, Terrell Burns of Fayetteville, and two grandchildren, Alexis and Nicholas Burns.

Funeral services for Mr. Burns will be held Friday, December 19, 2014, at 1PM in the chapel of Bills-McGaugh Funeral Home with Steven Swango officiating. Burial will follow in Lone Oak Cemetery with military honors. Visitation with the family will be Thursday, December 18, 2014 from 4 PM until 8 PM and again on Friday beginning at 11 AM until the funeral hour.

Bills-McGaugh Funeral Home & Crematory is in charge of the arrangements.
To order memorial trees in memory of Gerald Burns, please visit our tree store.