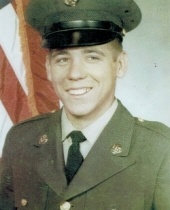 Biography
Gary Allen Watkins, age 64 of Cornersville, passed away on Sunday, May 17, 2015 at his residence. A native of Miami, FL, Mr. Watkins was the son of the late Gordon Fred Watkins, Jr. and Gladys Virginia Redden Watkins. Gary was also preceded in death by his wife, Sherida Watkins, who passed away in 2007. He was a truck driver and served his country in the United States Army.

A memorial service for Gary will be held at a later date at New Hope Cemetery in Cornersville.

Bills-McGaugh Funeral Home & Crematory is in charge of the arrangements.
To order memorial trees in memory of Gary Watkins, please visit our tree store.