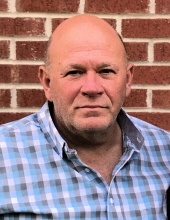 He was a long-time resident of Petersburg, TN and had been employed at Marelli in Lewisburg until May of 2020, when he finally retired permanently to enjoy life. Gary had previously worked for FedEx Corporation in Memphis, TN, as the company architect. He traveled a great deal, during his tenure at Fedex, overseas and got to see places he had always wanted to go. He designed many of the Fedex Hubs in Paris, France and others overseas. Prior to Fedex, he enjoyed a very long employment at AutoZone, Inc. in Memphis, TN, where he was a project architect. This is where he spent the majority of his career, travelling state to state designing, planning, and overseeing the construction of hundreds of new and remodeled AutoZones. He was a member of AIA, which allowed him to reciprocate his TN architects licenses to practice in many other states.
He deeply loved his children and in the days before automation took over his schematics, he would always slip his daughter’s and son’s names into his drawings, hidden in plain sight. It was his way of showing that he was doing everything he did for his children. There is even one site plan that has his oldest daughter’s face drawn, neatly disguised in the landscaping. After his son was born, he again pulled off submitting his current project to planning and getting it permitted with his son’s image proudly displayed, yet hidden.
Later in life (15 years later), his last daughter was born. Even though AutoCad had taken over the hand drawings, he still managed to continue the tradition and place her image in his current site plan. To our knowledge, no one has ever noticed these and that brought Gary many chuckles over being able to “get away with it”.
Gary was preceded in death by his parents, Sylvia E. Wells and Walter A. Gregory. He was also preceded in death by his younger brother, Robert Gregory. Gary leaves behind his wife of 27 years, Cynthia Medley Gregory, Petersburg, TN, and his three children. Dr. Christen Gregory Sanguino, Florida, Scott A. Gregory, Attorney at Law, Texas, and Elizabeth C. Gregory, Lewisburg, TN. Gary’s surviving sister, Crystal Gregory Selway (Steve) and their son, Logan Selway, are also loved ones he has left behind. Gary also had twin grandchildren, Aaron Gregory Manning and Claire Elaine Manning, which he adored. He saw the hope and prosperity in these two that could change the world. Gary leaves many aunts, uncles, cousins, and friends from where he grew up in Wilmington, DE. Shortly before his passing, he was reminiscing with his senior yearbook in hand and planning a trip to Delaware this summer. God had other plans.

Gary’s cunning sense of humor and calm demeanor will be so dearly missed by many and I have no doubt that the good people at Crossroads Mealhouse will miss his wit as well.

A private family service will be held at a later date due to COVID. Bills-McGaugh & Hamilton Funeral Home & Crematory in Lewisburg, TN assisted the family with cremation arrangements. Condolences may be offered online at www.billsmcgaugh.com.
To order memorial trees in memory of Gary Sands Gregory, please visit our tree store.