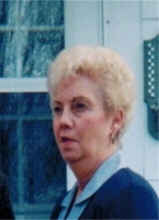 Flossie Ann Isley Reese, age 73 of Lewisburg, passed away on Thursday, May 8, 2014 at Maury Regional Medical Center in Columbia. A native of Marshall County, Mrs. Reese was the daughter of the late Otis Carmack Isley and Dalsie Rogers Isley. Also preceding her in death are five sisters, Lois Richardson, Dean Isley, Linda Williams, Debbie Harmon, and Peggy Isley. She was very strong in her faith as a devout Christian.

Funeral services for Mrs. Reese will be held Friday, May 9, 2014, at 2 PM at the Chapel of Bills-McGaugh Funeral Home. There will be no visitation before the funeral. A private interment will follow in Lone Oak Cemetery.

Bills-McGaugh Funeral Home & Crematory is in charge of the arrangements.