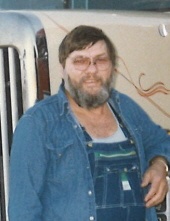 A memorial service for Mr. Wright will be held on Sunday, August 23rd at 6:30 P.M. at New Life Family Tabernacle. The family will visit with friends from 4:00 until service time at the church.

Born on December 11, 1936, he was the son of the late James Oliver Wright and the late Georgia Mae Rhiner Wright. He served in the United States Army. Mr. Wright was a longtime truck driver and loved being on the road.

In addition to his parents, he is preceded in death by his brothers, James Wright, Davis Wright, JC Wright, John Roy Wright, Maleom Wright, and sisters, Nancy Terrell, and Dimple Haislip.

Bills-McGaugh & Hamilton Funeral Home is assisting the family with local announcement. Condolences may be extended online at www.billsmcgaugh.com
To order memorial trees in memory of Ezell Wright, please visit our tree store.