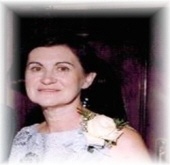 Evelyn Smith Teague, age 60 of Lewisburg passed away on Friday, March 8th, 2013 in St. Thomas Hospital in Nashville. A native of Marshall County, Mrs. Teague was the daughter of R. E. Hargis and the late Raymond Smith. She retired from Medical Administration and was of the Baptist faith. In addition to her father, she was preceded in death by her husband, Jerald Teague and one son, Matthew Teague.

Funeral services for Mrs. Teague will be Monday, March 11th, 2013 at 2:00 PM from the chapel of Bills-McGaugh Funeral Home with Rusty Trotter officiating. Burial will follow in Lone Oak Cemetery. Visitation with family will be Sunday, March 10, 2013 from 5:00 Pm to 7:00 PM at Bills-McGaugh Funeral Home and on Monday after 12 Noon until the funeral hour.

Bills-McGaugh Funeral Home is in charge of the arrangements.
To order memorial trees in memory of Evelyn Teague, please visit our tree store.