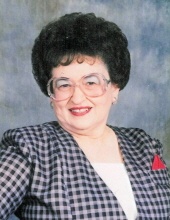 Born on February 4, 1930 in Chapel Hill, Marie was the daughter of the late Charles H. Holder and the late Maggie Katherine Harris Holder. She was a twenty-six-year employee Newell Corporation, before retiring in 1995. While working at Newell Corporation, she was the Editor of Orders & Computers in the Sample Department. On January 3, 1952, she married the love of her life, John W. “J.W.” Stephens. Marie was a devoted member of the Baptist Church. She was also a lifetime member of Ladies VFW Auxiliary 5109, a lifetime member of VFH National Home, a member of American Regional Post 039, and a past president of VFW Auxiliary 5109.

In addition to her parents, she is preceded in death by sisters, Mary Ellen Hazlett and Audrey Redd.