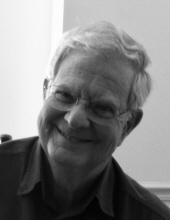 Ernest C. Henegar, 79, of Bartlett, Tenn., departed this life suddenly and unexpectedly on June 3, 2020, at Vanderbilt Hospital in Nashville. Kind and gentle, he had a ready smile and a generous heart. His joyous sense of humor and his loving spirit were recognized by all who met him. His many friends and loved ones will miss him dearly and his memory will be ever cherished.

Born September 19, 1940, in Nashville, to Ernest C. Henegar Sr. and Margaret Wheeler Henegar, he grew up in Lewisburg, Tenn., where he lived for most of his life. He was a 1959 graduate of Columbia Military Academy and earned a bachelor’s degree in economics at Vanderbilt University (class of 1963) where he met Nancy Peddicord; they married in 1962.

After graduation from Vanderbilt, he moved with his family to Charlotte, N.C., where he entered a training program with North Carolina National Bank. Before he completed his year’s training, his father passed away and he returned home to Lewisburg to help run his father’s businesses, the Marshall County Creamery (established in 1929) and Marshall County Feed Store, with partner I.R. Jones. He also owned and operated Southland Hardware with his brother Joe. After the sale of the creamery, he established and operated the Mouse Trap Cheese Shop in partnership with his brother and Jones. During his career he served on the boards of various professional organizations, including the Tennessee Manufacturers Association, Farm Bureau Dairy Committee, and the Tennessee Dairy Product Association.

In 1979 he became vice president of First National Bank of Lewisburg, after having served on its board of directors for many years. In 1984 he received a post-baccalaureate degree from Louisiana State University School of Banking of the South and was named president of First National. He saw the bank through mergers with Sovran and NationsBank. After his retirement from NationsBank, he helped open the Lewisburg branch of First Farmers & Merchants Bank in 1991. He retired (again) from banking in 1996.

Active in the community, he volunteered for the Salvation Army and was an elder and clerk of the session at First Presbyterian Church of Lewisburg. He was an avid tennis player in his day and loved watching Vanderbilt Commodore baseball. He tended the groves of walnut trees he planted for his grandchildren and enjoyed happy times at the beach, snorkeling, and traveling with his wife and family. In 2015, he and his wife sold their Lewisburg home and moved to Bartlett, Tenn., to live closer to their children and granddaughters.

Preceded in death by his parents and his daughters Karen Amber Henegar and Mary Henegar, he is survived by his loving wife and best friend of 58 years, Nancy Henegar; devoted daughters and sons-in-law Lydia and Greg Spencer of Millington, Tenn., and Rachel and Nathan Hasty of Bartlett, Tenn.; granddaughters Lily and Annie Spencer and Caroline Hasty; and brother Joe Wheeler Henegar and Marsha Sharp of Shelbyville, Tenn.

The family will visit with friends on Monday, June 29 from 4 until 6 p.m. at Bills-McGaugh & Hamilton Funeral Home. Due to the current pandemic, masks and social distancing are encouraged.

A private family memorial service will be held with Reverend Robert Montgomery officiating.
Those who wish to honor his memory may make donations to the Marshall County Memorial Scholarship Fund, P.O. Box 1761, Lewisburg, TN 37091, or First Presbyterian Church of Lewisburg.
To order memorial trees in memory of Ernest C. Henegar, please visit our tree store.