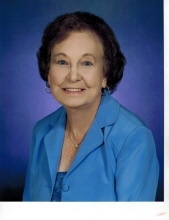 Elsie Denton Turner, age 93 of Lewisburg, TN passed away Thursday, January 19, 2017 at NHC-Lewisburg. She was born May 10, 1923 in Argo, AL to the late Hiram A. Denton and Minnie Locker Denton but has lived in Lewisburg since 1940. Mrs. Turner was past worthy matron of Lewisburg Chapter #318 Order of the Eastern Star and a long time member of the First Baptist Church of Lewisburg. She retired in 1985 after 31 years with the Heil-Quaker Corp.
Elsie was the widow of R. N. Turner, Jr. who passed away in 1998. She is survived by two children, Anita (John) Way of Leesburg, FL and Dennis (Jo An) Turner of Lewisburg, TN, three grandchildren, several great-grandchildren, one great-great-granddaughter and several nieces and nephews.
Visitation with the family will be held on Monday, January 23, 2017 at 12 noon until 2 pm at Bills-McGaugh Funeral Home and Crematory.
Services will be held at 2 pm in the chapel of Bills-McGaugh Funeral Home with burial in Lone Oak Cemetery.
Notes of condolences may be sent to www.billsmcgaugh.com.
Bills McGaugh Funeral Home and Crematory is assisting the family with arrangements.
To order memorial trees in memory of Elsie Denton Turner, please visit our tree store.