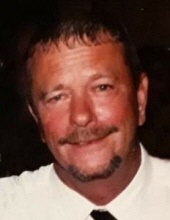 Funeral services for Buster will be conducted on Tuesday, Feb. 23rd at 2:00 PM at Bills-McGaugh & Hamilton Funeral Home with Brother Danny Jones officiating. Burial will follow in Lone Oak Cemetery. The family will visit with friends on Tuesday from 12:00 PM until service time at the funeral home. Active Pallbearers include Bill Love, Keith Holt, Kent Holt, Phil Rogers, Terry Martin, and Barry Blackburn.

Born on September 30, 1955, in Columbia, he was the son of the late Elmer Ring, Sr., and the late Kathleen Lovett Ring. Buster served in the United States Navy from 1973-1976. He was a retired electrical maintenance technician, and an avid outdoors man. Buster was a member of Farmington Baptist Church.

In addition to his parents, he is preceded in death by his beloved wife, Velvet Jean Cozart Ring, and sister, Bobbie “Wendell” Briggs.

The family wishes to express their deepest appreciation to The Cancer Center and Dr. Gentry for their kindness shown to Buster.

Bills-McGaugh & Hamilton Funeral Home is honored to assist the family with arrangements. Condolences may be offered online at www.billsmcgaugh.com.
To order memorial trees in memory of Elmer "Buster" Ring, please visit our tree store.