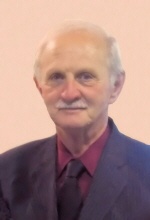 Born on June 6, 1946 in Culleoka, he was the son of the late Hubert A. Brown and the late Rena Tice Brown. He was a retired bus driver for both Marshall and Maury County Public Schools. Ed loved each child that rode his bus and received many awards for his safe driving. A man that could fix anything, in his spare time Ed was known to his family and friends as the mechanic.

In addition to his parents, he is preceded in death by his sisters, Lois Brown (W.T.) Hickman, Pearline Brown (Henry) McAnally; daughter, Cynthia Brown; and niece, Judy Hubble Clark.

A Memorial Service for Ed will be conducted on Saturday, May 11 at 2:00 P.M. at Bills-McGaugh & Hamilton Funeral Home with Reverend Eugene Smith officiating. Burial will take place at a later time in Sunset Park Memorial Gardens.

The family will visit with friends on Saturday, May 11 from 12:00 P.M. until time of service at Bills-McGaugh & Hamilton.

In Lieu of Flowers, memorial contributions may be made to the funeral home to assist with final expenses.