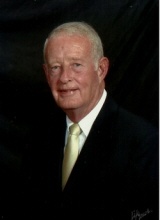 Biography
Mr. Edd Wayne Ingram, age 74 of Lewisburg, passed away on Thursday, January 24, 2013 at his residence.

A native of Giles County, he was the son of the late Rachel Boyd Ingram and Stanley Ingram. He retired from Walker Die Casting as a Tool and Die Engineer after 37 years of service, a member of the Tennessee National Guard and a member of the First Presbyterian Church in Lewisburg.
In addition to his parents, a brother Larry Ingram and a sister, Gail Harris Ingram precede him in death.
Survivors include his loving wife of 49 years, Katherine Armstrong Ingram of Lewisburg, daughter, Mary Ellen (Randy) Crosslin of Lewisburg, two sons, Edd (Kim) Ingram of Franklin, TN and Bob (Missy) Ingram of Lewisburg. Two sisters, Carolyn (Eric) White and Becky Ingram both of Texas. Five grandchildren also survive.
Funeral services for Mr. Ingram will be conducted on Sunday, January 27, 2013 at 2:00 PM from the chapel of Bills McGaugh Funeral Home with burial to follow in Lone Oak Cemetery.
Visitation with the family will begin on Saturday, January 26, 2013 from 4:00 PM until 8:00 PM at the funeral home.
In Lieu of flowers donations are encouraged to the First Presbyterian Church Scholarship Fund or to the American Heart Association.
To order memorial trees in memory of Edd Ingram, please visit our tree store.