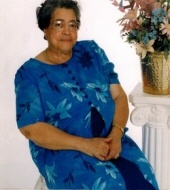 Mrs. Earline Elizabeth Murphy, age 86, was born September 14, 1927 in Lincoln County, TN. She departed this life after a short illness on November 13, 2013, at her home in Lewisburg. She was the daughter of the late Roy Melvin Davis and Mary Margaret Davis of Belfast.

She was educated in the Marshall County School System. She was a homemaker and was a member of the Kingdom Hall of Jehovah's Witnesses. She was a loving, kind woman and loved everyone she came in contact with.
She was preceded in death by her husband, Charles Raymond Murphy in 1969 and four brothers, Roy C. Davis, Tully Davis, Burks Davis, and Russell Davis.

Bills-McGaugh Funeral Home & Crematory is in charge of the arrangements.
To order memorial trees in memory of Earline Murphy, please visit our tree store.