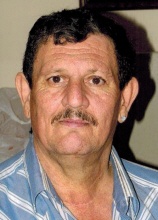 Donnie Lee Sullivan, age 60 passed away on Tuesday, May 23, 2017 at Vanderbilt University Medical Center in Nashville, TN. He was born on November 29, 1956 to the late Harold Lee and Marveline Murphy Sullivan in Chicago, IL. He had previously worked at the ICP Corporation located in Lewisburg, TN.
Donnie also was preceded in death along with his parents by a nephew, Jeremy Johnson. His survivors include a brother, Ronnie (Julie) Harmon, two sisters, Gale (Joel) Toledo, Kathy (Chad) Nance, four nephews, Billy Harmon, Brian Harmon, Dusty Nance, Shane Crane, a niece, Jennifer Metcalf, a great nephew, Austin Metcalf, and two great nieces, Jacey Metcalf and Callie Nance.
Visitation with the family will be held on Thursday, May 25, 2017 from 2:00 PM until 5:00 PM at Bills-McGaugh & Hamilton Funeral Home. The Funeral Service will be held immediately after visitation at the funeral home. A private burial will follow after the service.
Notes of condolences may be sent to www.billsmcgaugh.com.
Bills-McGaugh & Hamilton Funeral Home & Crematory is in charge of the arrangements.
To order memorial trees in memory of Donnie Lee Sullivan, please visit our tree store.