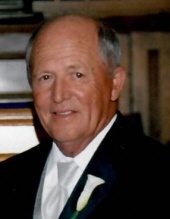 Mr. Haislip was born on March 27, 1944 to the late Wilfred and Gladys Park Haislip. He was a member of the 1963 graduating class of Marshall County High School and attended MTSU. He served his country in the US Army from 1966 - 1969 and was a Vietnam Veteran. Don retired in 2009 from Sloan Ford of Columbia as Sales Manager.

In addition to his parents, he was preceded in death by his son, Joel Haislip in 1987.

Visitation is planned for Saturday, May 19, 2018 beginning at 2:00pm followed by a Celebration of Life Service at 5:30pm in the chapel of Bills-McGaugh & Hamilton Funeral Home.

In lieu of flowers, donations can be made to the Lymphoma Research Foundation at www.lymphoma.org on behalf of Don or to a charity of your choice.