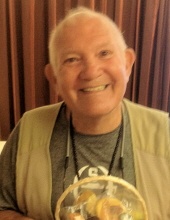 A celebration of life will be held at a later time.

Born on April 13, 1937 in Washington, D.C., he was the son of the late Hubert Hayes and the late Margarette Holt Hayes. He was a professor at Louisiana State University for 40 years. Since moving to Lewisburg in 2005, Don has been an active member of the community. He was on the board at the Marshall County Library, a member of The Art Guild, and sponsored the Sons of the Confederate Veterans.